The world’s largest gathering of technology addicts from all the world has yet again been completed at the CES 2016. However, this time around the CES 2016 did not bring about any exciting announcements of breakthrough technological innovations as compared to past Consumer Electronics Shows but it was still fruitful for all those businessmen and consumers interested in the ever-emerging market of technology. The most exciting story from the CES 2016 was that of the Chevy Bolt. Other than that, the stories that have mostly captured the media’s attention are those of the home theatre industry.

New and improved features such as HDR and improvements in UHD Blu-ray, 4K etc. have been introduced at the event while TV manufacturers captured most of the attention at the CES 2016. Samsung’s bent screen concept, UHD screen displays, Backlight Master Drive technology by Sony and various other concepts were introduced in this industry. The future of the home theatre industry looks extremely resilient for the new generation of marketers to come.

Let’s take a look at some of the most interesting stories from the home theater industry from the CES this year:

Collaborated 4K Ultra HD+ Digital HD + Blu-ray- Everyone is somewhat aware of the industry’s plan to move UHD movies to disc but this year CES has formally announced the breaking news of actually implementing this format. Most of the movies have already started lining up to re-release the blockbuster movies in 4K Ultra HD+ Digital HD+ Blu-ray this year. Most of them intend to paste an “includes HDR” sticker on them as well to highlight the better, brighter display.

Netflix Expands – The CEO of Netflix claims that after this skyrocketing success, digital media sharing website Netflix will be expanding to a number of countries. 130 new markets are aimed to be targeted with the bigger picture of completing the goal of expansion to reach the global market in the upcoming years. Making original shows such as Jessica Jones and Narcos available to the entire world is going to be one big move and a great global reach by this giant.

HDR – High dynamic range television sets this year were spotted numerously at the CES 2016. Name any brand you can think of and it had a variety of HDRs lined up at the event. The brighter and more immersive HDR television sets were spotted at the stalls of LG, TCL, and Sharp. Not only this but most digital media sharing websites such as Youtube, Netflix and Vudu have now committed to streaming online videos in high dynamic range as well. We can definitely expect to see many of the upcoming movies in theatres being easily available at your home theatre sets in HDR as well so there will be no point of going to cinemas at all.

Ultra HD premium – All the latest standards are supported by this new tag for quality known as Ultra HD premium. Not only does it provide extra feature support but also allows you to stream Netflix and HDR movies in 4K. This is the newest UHD alliance introduced this year at the CES. Any television set that carries this badge in the near future will be the carrier of all the latest specifications and best display features ever!

OLED – Panasonic and LG won the OLED competition this year at the CES. OLED TV models introduced by many home theatre giants captured the attention of many investors at the event. Obviously, how can one miss the automatic turning off of pixels when the screen turns dark and once the screen is bright again they light up with vivid color? Sony, Sharp, Vizio and many other television manufacturers did manage to introduce some great television sets, no doubt. But the best pick would be an OLED set if you’re willing to spend a few extra bucks.

Philips Fidelio E6 “detachable” speakers – Who wouldn’t want to own these modular speakers to complete their home theatre set? Philips’ living room speakers offer the feature of being easily removable and placed in another corner of your house for better audio. This was definitely one big highlight at the CES this year emphasizing on the detachable feature of these speakers which interested quite a few customers.

Dish Hopper 3 – Dish has always surprised its customers with convenience, convenience and even more convenience as technology advances. This new dish hopper 3 does not just offer 4K features but also allows users to record up to 16 shows or movies in one go. Not just this but users also have the facility of storing it on the box’s 2TB storage! What could be better than that?

So all in all, the CES 2016 staged quite a few innovations in all technological areas but the above mentioned home theatrical highlights were some of the best technologies for all you home theatre-loving fanatics around the world! 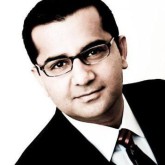 Sani is Managing Director of VeztekUSA a well known Web and Mobile App Development Company based in Los Angeles, California. He has extensive experience in building and leading innovative software development teams. He always stay up to date with latest trends in Mobile App Development and loves contributing on different technology Blog. Follow him on twitter @VezTekUSA

6 Tips for Embracing Artificial Intelligence in Your Organization

Why Custom Bags Are the Best Giveaway Items at Events