Lenovo is certainly looking at India as a huge market for selling its smartphones. They recently opened the second outlet of their Smart Devices Connected (SDC) store in Delhi. These stores will have Lenovo’s laptops, tablets and Android smartphones on display. The highlight of these stores will be the dedicated area to allow customers to get live audio and gaming demos. Also, they have launched two new phones — the Vibe Z2 Pro and the Vibe X2 which is a layered display.

The Lenovo S660 is a cheaper version of the Lenovo S860. The phone is priced at Rs. 12000 which is around Rs.8000 lesser than the S860. Just like the S860, this too boasts of a big battery. Owing to a smaller screen and battery than the S860, this phone feels much better in hand. Here again the volume buttons are placed right above the power button and there are chances of you pressing the wrong button. Many a times, I mistakenly pressed the volume buttons to lock the phone. Lenovo should seriously consider placing the volume buttons to the left of the phone rather than just leaving it empty and cramming up all on one side. After playing around with a lot of phones, we think that 4.7 inches is the perfect screen size for one hand use. Take the Moto X (1st Gen), Nexus 4 and the Xperia Z3 Compact for example, they all have the same screen size and were great to use in one hand. On the other hand, the Lenovo S860 wasn’t very comfortable to hold.

The phone has a 4.7 inch display with the resolution of 960x540 pixels. The colours were a bit washed out but then it is a LCD screen so we could put the blame on that. An AMOLED display with the same screen size and resolution would have given a much brighter look. Although, its a shame that even though this phone was launched this year and is not that cheap, Lenovo still didn't even put a 720p display. Even last years Moto G which was priced similarly has a 720p display and so do most phones in this price range.

Even though we received a firmware update, the bloatware was not as much as that on the S860. While the S860 had way too many features in its skin, the S660 doesn't have many tweaks. Although, we actually liked a lot of feature settings that were provided on the S860. Even though the phone is not loaded with heavy bloatware, only 4.6GB out of the 8 GB internal storage is available to the user. Saying that, the storage can be expanded up to 32 GB by using a microSD card.

Unlike the S860, in which the camera was one of its better features, here the camera is just poor. The phone has a rear camera of 8Mp and a VGA camera in the front. There was a lot of stutter and the image quality was very average. When compared to phones in this price range, this one falls back big time. And, the less said about its front camera the better.

The S660 runs on Android 4.4.2 and is packed with 1GB RAM. It comes with a 1.3GHz Quad Core processor and there was no visible lag in our day to day use. Now that the phone has a 3000mAh battery, it easily lasts a day even with heavy use. We suspect with moderate use it could last even further.

Just like the S860, this too is a very unconventional phone. Now that we are so used to using phones that are slim and pretty, this phone seems a bit odd to flaunt. We do understand that this phones thickness is owing to its big battery but the Xiaomi Mi4 too has a big battery but still looks better than this. It is high time that Lenovo gives design as much importance as it does to battery life. It looks like they thought that the battery would be its USP and would help the phone sell. This price segment is getting more and more competitive, hence this is a half baked effort from Lenovo. Still if battery life is important to you then we would recommend this to you. Otherwise, you will be better off with the Asus Zenfone 5, Moto G (2nd Gen) or the Micromax Canvas Nitro. These phones may have weaker batteries but outdo the Lenovo S660 in most departments. 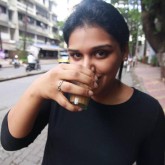 Criselle Lobo is an Associate Editor at PriceBaba.com. She completed her graduation in the field of IT and now writes on technology. You can follow her on Twitter @criselle4