We have two Galaxy line up going head to head, one was recently released, the Galaxy S5, the other is going to be the upgrade to the current gen smartphone. Let’s compare them, Samsung Galaxy S5 VS Samsung Galaxy S6.

Take any Galaxy line up for example, the Galaxy S5, Galaxy S4 or any other, they are all plastic. But Samsung has done something innovative to the plastic body of the Galaxy S5 and this giving it an IP rating for water proof and dust proof capabilities. The Galaxy S6 will be different in this respective with offerings like a metal body with aluminium edges much similar to the rumoured Galaxy Note 4.

The Galaxy S6 with its metal body will hide the IP certification of the phone. But this time around, things will change with rumours pointing to a military class tested Galaxy S6, might be a Galaxy S6 active or the original S6 itself.

Screen is improving day by day, with some manufacturers already reaching the QHD mark for displays. The Galaxy S5 just came a bump up in screen, 5 to 5.1 with the same 1080P display. The AMOLED panel on the Galaxy S5 gives it wide viewing angles and popping colours throughout the display. Galaxy S5 could very well become you next multimedia and everyday reading companion just because the screen is stunning. The Galaxy S6 on the other hand will go a long way with this factor.

Galaxy S5’s ISOCELL gives stellar performance with stunning image clarity in a 16 Megapixel package. The ISOCELL ranked top in DXOMARK camera for mobiles proving that it can give some of the best images compared to tougher competitions form the Sony’s Xperia Z2. From this we can also conclude that megapixels is not an important factor for image clarity.

The ISOCELL sensor will be carried on to the Galaxy S6 as well but in a 20 Megapixel shooter offering best clarity ever in images with wide dynamic range and perfect saturation and exposure as well.

Night time shots will be given a boost as well, with perfectly lit images in dim lighting conditions. 4K will be a standard on the Galaxy S6 although we might be seeing a boost in frames, 4K at 60 fps, 1080P and 720P as well. 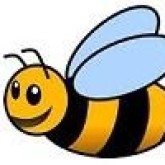