Kundan SrivastavaDecember 26, 2014Comments Off on Top 5 Smartphones With 4K Recording

Gone are the days when the camera on your smartphone was used to capture a photograph when you didn’t have access to your camera. Now a lot of people are depending primarily on their smartphones for their photography and videography needs. We don’t blame anyone. The high end smartphones offer video recording at higher resolutions and frame rate than many DSLRs. The quality isn’t bad either. With such a high resolution and fps, there is a lot you can do to your simple videos. We tried to find out the five best devices that offer you 4K video recording phones. Here is the list.

Even after a year of its launch, we were still pretty impressed with the Samsung Galaxy Note 3 and it’s never ending software features. But that wasn’t good enough for Samsung and that is why they decided to drop the Note 4 at us. Thankfully the display size hasn’t gone up any further and stays at a sensible (by their standards) 5.7 inches. However the display resolution has gone up to 1440p giving it a pixel density of 515 ppi. It also comes with the recently introduced Corning Gorilla Glass 4 which offers excellent protection against scratches and minor damage.
Sadly just like many other Samsung devices, the version sold in Indian market runs on Exynos chipset against the Snapdragon 805 in many other markets. The device comes with bucketful of software features and additions. On top of that you get the S-pen which makes actually justifies the unusually large size of this device. The built quality is pretty good and a little better than the last generation Note device. The camera on this has a 16 megapixel sensor with optical image stabilisation. It can record 4K videos at 30 fps or full HD videos at 60 fps. It is powered by a huge 3220 mAh battery which provides enough juice for the device.

Before you call the Galaxy Note 4 big, you need to take a look at this device. For the latest Nexus device, Google decided to go to Motorola instead of LG who made the last two devices. The Google Nexus 4 and Nexus 5 were pretty impressive and Nexus 6 is another top of the line device. This one goes a bit crazy with the dimensions as it packs a 6 inch (5.96 inch to be precise) AMOLED display. It gets a 1440p display resolution giving it a pixel density of 493 ppi. The display is excellent but the size is too much to handle with ease.
Here you get a Qualcomm Snapdragon 805 chipset with the quad core processor running at 2.7 GHz. It comes with 3 GB of RAM. For imaging, it has got a 13 megapixel camera which manages to shoot very impressive images. It comes with 4K video support and has got optical stabilisation. It runs the stock version of latest android operating system. As this device would be power hungry, they have given it a pretty big 3220 mAh battery.

It would not be right to skip Sony when we are at the topic of cameras. The high end Sony devices feature some of the best cameras we have seen on mobile devices and the Xperia Z3 is no exception. It has got a design very much similar to the Sony devices we have seen recently but it has definitely grown over the previous devices in this series. There are small details that give it the premium device feel. It comes with a 5.2 inch full HD display which is good but not in the league of its rivals.
It has got a Qualcomm Snapdragon 801 chipset with 2.5 GHz processor and 3 GB of RAM. For imaging it gets a 20.7 megapixel camera which yields excellent still images and videos. It can record 4K videos at 30 fps or lower resolutions at high frame rates. The device is waterproof so there can be lot more occasions when you can use the camera.

While the Galaxy S5 hasn’t been a success as big as the S4 for Samsung, it is still a very impressive device. It comes with lot of innovative features and is also waterproof and dustproof. It has got a full HD AMOLED display that measures 5.1 inches. The design isn’t impressive as it is the typical design we are used to see on Samsung smartphones. As expected, it comes with an Exynos chipset for the Indian market and has got 2 GB of RAM. The Qualcomm version has got Snapdragon 801 chipset and is sold in many other markets. The camera on this device has a 16 megapixel sensor which comes with phase autofocus for quick focus. There are many other smart camera features on the device and it supports video recording in 4K or high fps recording at lower resolutions.

While Samsung wasn’t able to do very good with Galaxy S5, LG was very happy with what they did with the G3. Not that it managed to outnumber the Galaxy S5 but it managed impressive numbers for LG. it was one of the very first devices to come with 1440p display. The display measures 5.5 inches and the quality is just superb. The built quality is much better than the Samsung rival and they have improved even further on the design on G2. It runs a Qualcomm Snapdragon 801 chipset with 2.5 GHz quad core processor. It comes with a very impressive 13 megapixel camera. It features optical image stabilisation and along with that it comes with phase and laser autofocus for quick focus. It can record 4K videos and with optical stabilisation, the results are pretty good. It comes with dual tone flash as seen on couple of other devices earlier. This flash makes sure that the white balance of still images is managed well. The device is powered by a 3000 mAh battery. 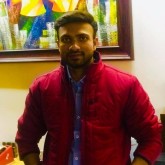 The article has been written by Kundan Srivastava, who is passionate about technology. He's working at 91mobiles.com and writes about the latest in the tech domain, right from devices to innovations. He recommends 4K video recording phones .